After launching the Model X, Tesla introduced a new seat developed in-house featuring an ‘Ultra White synthetic leather’, which served as a vegan faux-leather option for Tesla buyers. It was only available for the Model X for a limited time, and earlier this year it made its way to the top of the line Model S P100D.

Now it is finally available for all models, and Tesla discontinued all but one option using its original seats.

The seats of the Model X were actually one of the main reasons why the volume production of the vehicle was delayed. CEO Elon Musk wanted to make it a “sculptural work of art” since they are front and center when the Falcon Wing doors are opened.

In what has become a habit for Tesla, the company has in-sourced the design and production of its seats – something fairly rare in the automotive industry, which has a tendency to outsource almost everything but the engines and assembly. 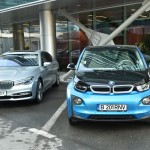 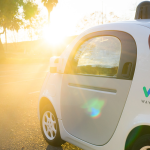