Towards clean energy, an event dedicated to sustainable alternative resources

Together for a Better Tomorrow Association invites you to participate in the “Towards Clean Energy” series of events, which will take place LIVE ONLINE on April 22, from 10:30 to 13:00. The event can be watched on the IdeaEventsCF facebook page The event is organized in partnership with the Department for Sustainable Development within the General Secretariat of the Romanian Government.
The discussions of this edition will focus on the role and importance of hydrogen in the race towards the energy transition, and the transposition into reality of the objectives aimed at decarbonizing the energy sector, assumed by Romania by signing the European Green Pact.
The invited speakers of this edition are: Virgil Popescu – Minister of ENERGY | László Borbély- State Councilor, coordinator of the Department for Sustainable Development within the General Secretariat of the Government | Roxana Caliminte – Deputy Secretary General Gas Infrastructure Europe (GIE) | Alexandru Floriştean – Legal and Project Manager Hydrogen Europe | Ioan Iordache – Executive Director, Romanian Hydrogen Energy Association, ICSI Director Rm. Vâlcea | Hans Marius Schuster – CEO of Arena Innovation | Călin Vilt – Honorary Scientific Advisor CNR-CME, in a discussion moderated by Remus Hîrceagă – Senior Partner Expense Reduction Analysts Europe (ERA)
Some of the topics that will be debated during the event: The national strategy regarding the production and use of green hydrogen, in response to the change of economic paradigm proposed by the Green Deal initiative | Compatibility / construction of gas networks in Romania for hydrogen distribution The role of hydrogen in the implementation of the European Green Deal and in the energy transition to net zero | Action plan for launching a sustainable clean hydrogen economy in Romania | Hydrogen, from chemistry to energy.
The National Recovery and Resilience Plan (PNRR) includes the modernization of the gas infrastructure, so that hydrogen can be introduced into the natural gas network, which will lead to a decrease in pollutant emissions. According to the document, Romania is allocating 600 million euros for the development of gas infrastructure so that it can be used in a mixture with hydrogen and other “green gases”.
It should be emphasized that, in order to serve this desideratum, the hydrogen used must be “green”, ie obtained from the electrolysis of water, which in turn must be made with electricity obtained from renewable sources, and not from fossil fuels.
In July 2020, the European Commission adopted a series of targets on the use of hydrogen. By 2024, it aims to install electrolysers from renewable sources of at least 6,000 MW, and the production of one million tons of hydrogen made from renewable energy. Romania signed in 2018 the declaration “Hydrogen Initiative”, which proposes the development of research and innovation in the field of hydrogen use technology, as well as strengthening regional and multilateral collaboration for the exchange of technological expertise and best practices in the field.
There are currently several ongoing projects that use hydrogen as an energy source. The UK has launched a pilot project in 2020 to start injecting hydrogen into the gas grid, and the hydrogen-gas mixture is being used to heat 100 homes and 30 buildings at Keele University in Staffordshire. Another industry that pioneered the use of hydrogen is the transportation industry. Several European countries have introduced, or are interested in hydrogen train technology: France, the Netherlands, Denmark, Norway or Italy. He is joined by the automotive industry, where several manufacturers, including Toyota, Hyundai and Honda, have launched hydrogen-powered engines, but also the aeronautical industry, which has been using liquid hydrogen since 1950 to launch rockets into space.
There are several achievements in various fields of activity, which demonstrate that hydrogen has become a concrete, viable solution that can be put into practice to help countries achieve their energy transition.
The European Union aims to become greenhouse gas neutral by 2050, and innovation and research are becoming key elements for the development of energy sources, leading to the implementation of this ambitious plan.
Among the advantages of using hydrogen as an energy resource, we can mention:
– Versatility, it can be used in various industries;
– In a world where natural resources are limited, it is an alternative resource that will visibly contribute to reducing pollution and global warming;
– It can be produced locally, from a wide range of sources: water, biomass, coal, methane;
–  Investments in the field will create jobs throughout Europe, including Romania; – Once the production of “green hydrogen” becomes normal, it is expected that many of the costs of fuels, electricity and heat will visibly drop down. 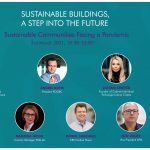 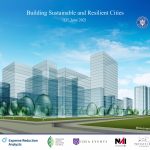