You’ve likely seen or heard about the massive fleets of rental electric scooters that have been taking over US cities. Even if you don’t have the rental electric scooters in your city yet, you’ve probably seen the news coverage, especially regarding the backlash against riders dangerously and illegally zipping around sidewalks and crashing into pedestrians.

San Francisco decided to put a stop to the madness in their city last month, issuing cease and desist orders while they developed a plan to reign in the wild scooter companies.

Dockless electric scooter companies Lime, Bird and Spin were the first movers in the rapidly expanding electric scooter rental industry. Over the last few months they have flooded San Francisco’s streets with hundreds, and by some counts thousands, of electric scooters.

The 15 mph (25 km/h) two-wheeled EVs can be rented with a smartphone and ridden for just a few dollars per trip. When the rider is finished with the scooter, he or she can park it anywhere for the next rider.

The method of transportation is quickly becoming popular in dense cities as an alternative not only to private cars and city buses, but also as an alternative to Uber and Lyft taxis, which is exactly why those companies want in on the action.

Uber and Lyft are already fierce competitors in the ride hailing industry, not only in the US but also internationally. But as the new wave of electric scooters begins to disrupt the transportation-as-a-service niche that they have dominated for years, both companies are rushing to grab their slice of the pie.

Lyft revealed its own aspirations, reportedly attempting to acquire Motivate, the largest bike share company in the US, for a cool $250M. But competition never sleeps, and Uber is apparently trying to block the deal with their own offer to purchase Motivate.

With both companies buying up the assets they need to compete, the battle is now on in San Francisco. And it is turning into a 12-way battle royale, pitting large companies like Uber, Lyft, Spin, Bird and Lime up against less established players in the electric kickscooter rental field, such as Skip, Scoot, Ofo and Razor. 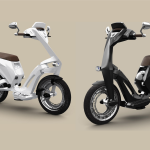 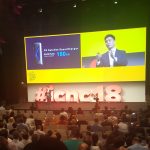