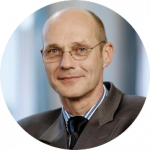 Ingo Nissen was born on September 16th, 1955 in Weissenfels/Saale, Germany. He is currently board member of Sierra Developments Romania and Managing Director in Romania.

Dr. Nissen graduated with master degree in Civil Engineering at the Technische Universitat Braunschweig, Germany in 1982. From 1982 to 1987 Dr. Nissen obtained his PhD in Massive Construction from the Technical University of Munich where he also lectured students in the theory of massive construction.

Ingo Nissen joined Sonae Sierra in 2000, when the company began its operations in Germany. In 2007 he was appointed Director, Development Romania, with particular responsibilities for the shopping centre development activities in that country.